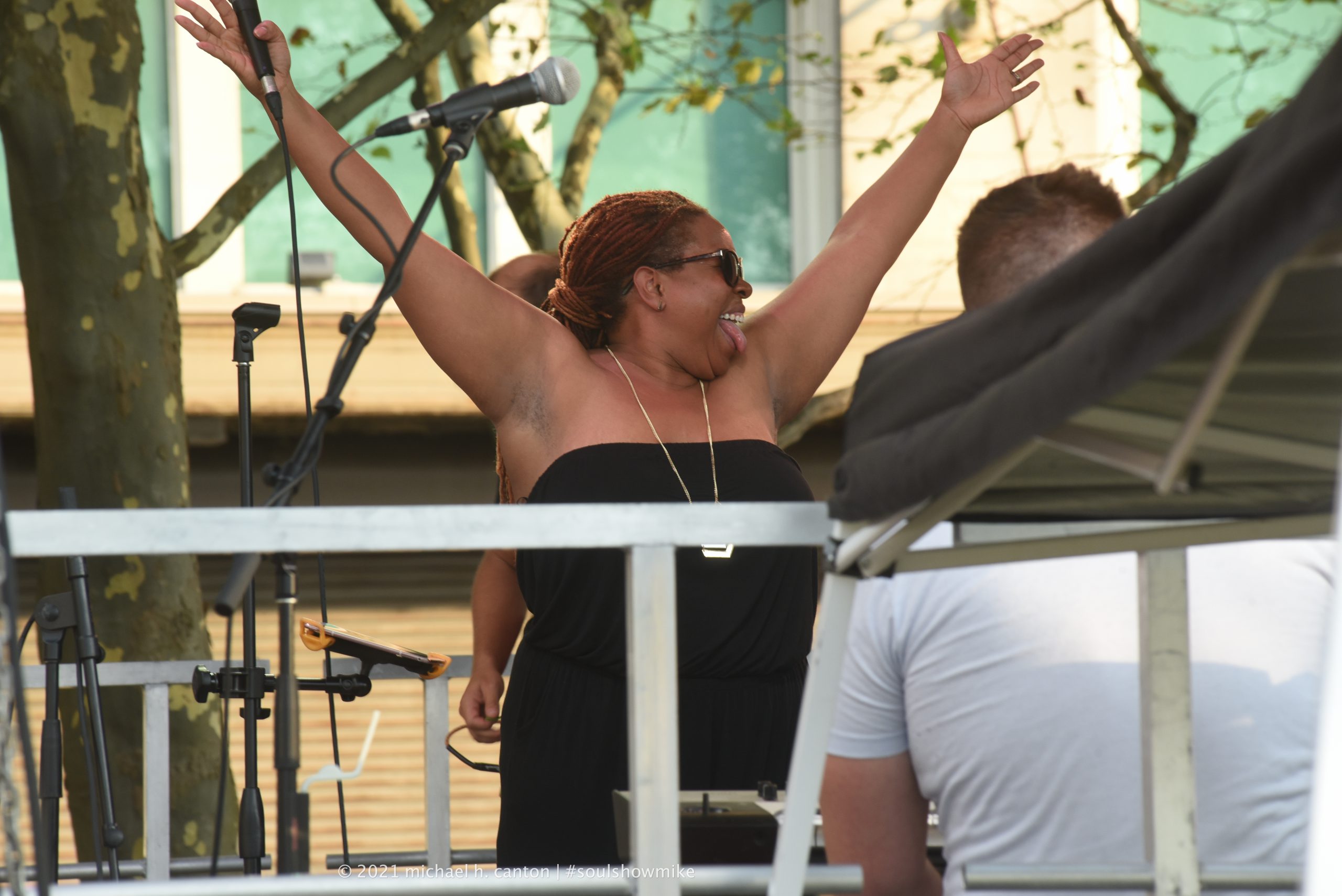 Grushecky was the headliner at Allegheny Overlook, but I went early to see Kiki Brown and The Buckle Downs. My last time hearing Kiki may have been at the Starship Mantis farewell gig at Mr. Smalls two years ago. Actually, everything was two years ago, right?

There was new material, plus old favorites like ‘Soldier.’ It felt like people didn’t know the opening act, but they were totally impressed by the third song. Kiki looks like she’s shaken off all cobwebs after having her baby eight months ago. Excellent outing. The Buckle Downs sent me some unreleased tracks to play on The Soul Show next weekend

Next, it was off to Music on the Mon, next to the Hyatt at Southside Works. The Flow Band had already played, but Kaleta and Super Yamba Band were plenty enough. Afrobeat with some Eastern vibe. The groove was psychedelic and thick. Cimafunk is up next, with our own Hugo Cruz. Recommended.

Royce and others on my outdoor radar for Saturday, 8/28