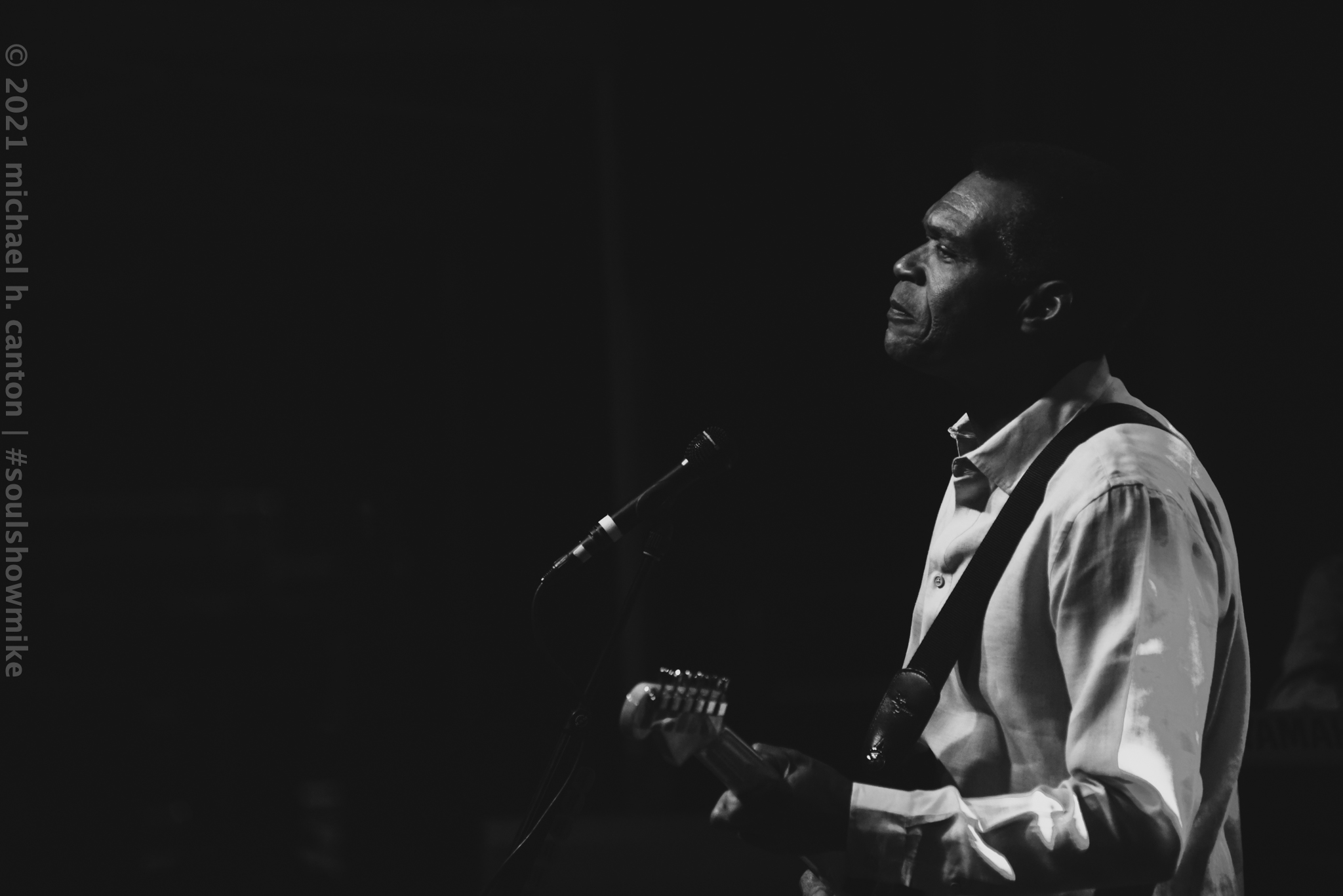 JD Chaisson (above image, 1st horn fr L) and Rick Matt (2nd) of Steeltown Horns | w/ Dumpstaphunk | 21.10.02 | Highmark Blues and Heritage Festival D-Phunk has added a permanent horn section to their lineup. I told Rick that maybe the band liked what Steeltown brought in support at Flood City Music Festival and Feastival over the years, and decided to lock in that sound. Matt was happy for the invitation.

MD & The Time were a late add, positioned right before RC. I was concerned that true blues would be too much of a step change after Day’s antics, but it didn’t take long to see why Cray has been a major player since Strong Persuader catapulted him in 1986. That was the way to end HBHF. Wow. One more thing that I observed: Robert Cray is exquisite in a song’s closure. He can feather it down super-gently, or he can surprise with one more burst of vocal energy, or he can have a bandmate throttle the guitar amp to take it out. He’s a pro of pros.