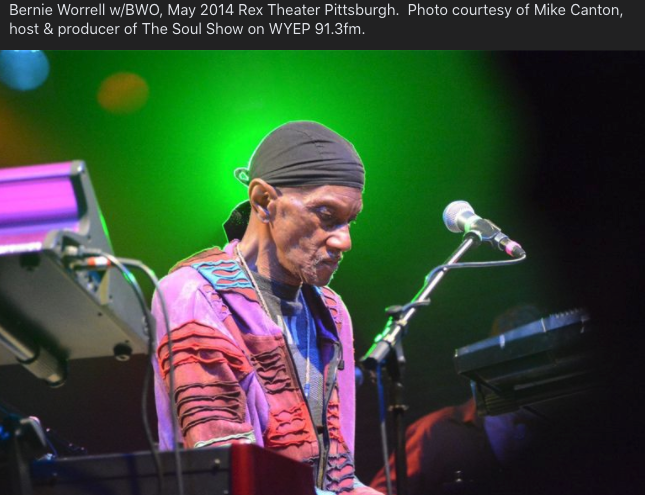 There are a lot of milestones to cover on The Soul Show this week.

Luther Vandross, whom I think of as The Last Soul Crooner, would have had 70 candles. I’ll swing through his musical life that included David Bowie work, his early self-named band, and the first big album.

Bootsy Collins, the James Brown and Parliament Funkadelic bassist, honored his bandmates Clyde Stubblefield and Bernie Worrell in birthday posts. Clyde is the fabled Funky Drummer who created a whole new template, and Bernie brought classical training to the synthesizer. When Clyde passed in 2017, the great drummer Poogie Bell stopped by the WYEP studios to explain how Clyde brought swing to funk. You’ll hear that narrative today.

Bernie Worrell’s music will span Parliament Funkadelic, his own Orchestra and the one-off Socialybrium project.

I interviewed rocker Nona Hendryx in 2016, shortly after her New York fundraiser for Bernie’s medical treatments:

Prince died 5 years ago, and The Soul Show invited co-founder Stef Chatman to share reflections. I excerpted segments of that 2016 episode to share with you. Also, there’s a brand new Prince release for you to hear.

WTJX US Virgin Islands, Rhode Island Public Radio and other markets carry the syndicated edition of The Soul Show. This coming week, I’ll play that new Hiatus Kaiyote and Dawn Richard, play some more Prince, and feature Tuff Lion reggae from the USVI.

I was interviewed on the TJX daily talk show Analyze This. It was great to connect with host Neville James, an old schoolmate I hadn’t talked to in decades. Also, hearing the listener calls flowing in was special.