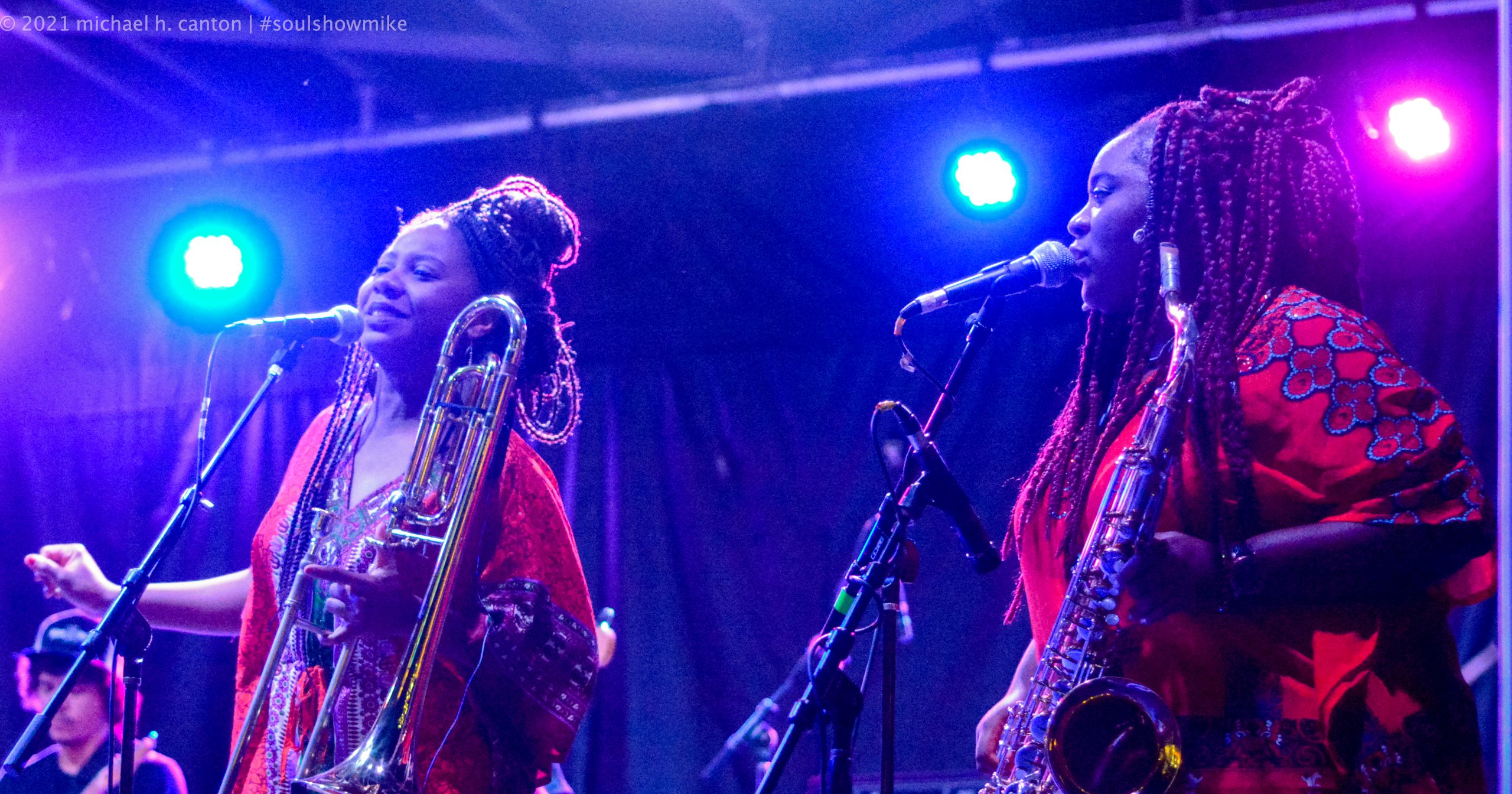 Music on the Mon was one of Summer 2021’s biggest surprises. First, it was a pop-up venue. Second, the acts were selected from a different palette with a lot of POC gravy. I went to catch Byron Nash’s installment in late July, when his band opened for Joe Keyes from MD. A few weeks later, Kaleta & Super Yamba Band from Brooklyn and Benin were incredible. In between, I heard about some other solid shows that I missed.

This weekend, Hugo Cruz y Caminos opened for Cimafunk. Caminos featured recent Cuban transplant Cruz on percussion, plus Michael Bernabe (keys), Roger “Feralcat” Romero (sax) and Eli Naragon (bass). Hugo featured his own compositions and, compared to his recent trio presentation at Market Square, this had a lot of fusion flair. The show was plenty enough for an evening, but then there was Cimafunk. 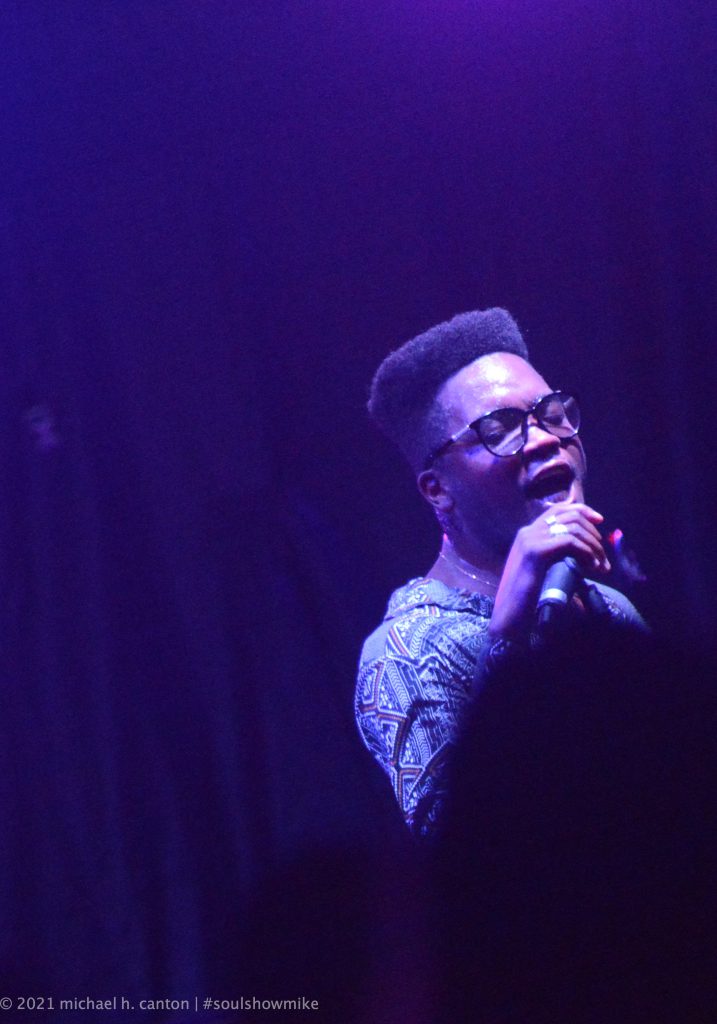 The first thing I noticed was the all-woman horn section setting up. When was the last time you saw that? Cimafunk, the vocalist and leader, was dynamic and the entire band followed suit. It was a combination of afro-rhythm, Cuban roots and Cuban pop (I think). The mulch dancefloor was packed, and not too many folks went home early.

If you listen to The Soul Show

, you may have heard the Cimafunk/George Clinton collaboration I’ve been playing. It’s real good, but I can’t wait to hear a full album of this music.